Many affluent students are oblivious to issues of race and class. Here are two teaching strategies designed to open their eyes.
Katy Swalwell
Issue 42, Fall 2012
Bookmarked 82 times
Illustration by Whitney Sherman
Add to a Learning Plan
X
Add to an Existing Learning Plan
START A NEW LEARNING PLAN
All articles from this issue
Print

Even as the United States becomes more diverse, a new era of “white flight” is unfolding. Whether they live in urban, suburban or rural communities, white students are likely to attend schools that reinforce their perceptions of cultural dominance. The average white student attends a school where 77 percent of the student body is of their race. This racial segregation is often linked with economic segregation. As the gap between rich and poor widens, fewer than 7 percent of white children attend high-poverty schools.

In general, educational research tends to focus on the effects segregation patterns have on kids from low-income families or communities of color. However, not investigating the educational experiences of white, affluent students wrongly frames them as the successful norm to which others are compared.

For teachers working within homogeneous groups privileged by race and class, providing a critical multicultural education is of tremendous importance. A robust, diverse democracy depends not on self-interested, uncritical kids, but on young people who are willing to step outside of their comfort zones. To do that, students must understand how race and class influence their lives and want to work to make the world a better place.

But bringing multicultural education into racially uniform classrooms can be a daunting task. Parents and administrators may see no need for attention to inequality. They also may encourage teachers to superficially cover or celebrate “other” cultures in uncritical ways. Because the majority of public school teachers in the United States are themselves from similarly homogeneous communities of privilege, they may feel intimidated by or unprepared for this kind of work.

What specific strategies for engaging these students are most effective at raising awareness without also provoking guilt or anger? Data that I collected while studying two teachers as part of a case study during a school year point to two different philosophies.

The first teacher in my study, Vernon Sloan, calls himself a “suburban missionary” intent upon “bursting the bubble” in which his students live. When asked to describe the reasoning behind his elective Urban History course, he explains, “There’s that artificial line that separates the poor from the affluent that the media presents us—this image of poverty being bad, and then the people are bad so we have to protect ourselves. … You have to cross that line.”

Sloan has worked for 30 years at a public high school in a large suburb that is diversifying, but remains predominantly white and upper-middle class. One of the students described the community this way: “Everything here is so nice and kept clean, and it’s not like the rest of the world. The people that live here—they know what they want and try to keep out what they don’t want. …It’s a nice place to grow up, but it’s not real.” All of the 14 students who participated in the study described themselves as living in a “bubble.” They acknowledged why the suburb might be desirable (“clean,” “safe”), yet they felt sheltered and wanted to be exposed to the “real world.”

Sloan sought to give students some of that exposure, to “burst” (or at least “trouble”) their “bubble.” For example, Sloan is one of the few adults in their lives who has talked explicitly about how his gender, race, class, language and sexual orientation grant him privilege. The naming of racism and classism was a theme throughout the course: Students located their families’ personal histories in relation to white flight, interviewed older people about racial memories and examined local housing policies. Sloan also encouraged them to critically discuss racism within their schools. For instance, he pointed out that the hallway where some newly arrived black students hung out was called “The Jungle.”

Sloan also described white ethnicity and explained the different histories of groups that “became white.” He got them to cross the border of their bubble by taking them on field trips to places outside their comfort zones and by supporting a student exchange with a school that has a homogeneous black population. Rather than focus on traditional academic assignments, Sloan’s elective course was rooted in getting students to share experiences and personal stories.

When asked to describe the course’s impact, one student said, “People like Mr. Sloan make [our suburb] not as much a bubble.” Other students said that they now saw their community with new eyes and expressed frustration that its racial isolation had been hidden from them. Some, however, expressed frustration with what they perceived as mixed messages of the course. They pointed out that while Sloan tried to show the humanity of people in low-income neighborhoods, he also warned students about violence and gangs. “I don’t know what he really wants,” said one student. “Maybe he doesn’t know.”

At times, Sloan’s approach seemed to reinforce and romanticize students’ stereotypes of an exotic “other.” By the end of the semester, the majority of the students advocated charity over addressing root problems. While presenting the world as either “inside” or “outside” the bubble (“Us” and “Them”) may fit the way these students view the suburbs, it does little to challenge how such ideas can limit their critical thinking. “Bursting the bubble” can thus be a powerful framework, as long as the bubble’s existence is, itself, examined and critiqued.

The second teacher in my study, Liz Johnson, has worked at her school for more than a decade. The school is an elite private academy located in the heart of a posh urban neighborhood. This academy has an explicit mission to prepare students to be justice-oriented citizens in a multicultural democracy—and charges upwards of $25,000 a year to do so.

Twelve students from Johnson’s required Modern American History course participated in the study. None described their community as a bubble. Instead, they talked about how unsheltered they were compared with suburban counterparts and other elite students in the city. Despite the homogeneity of their student body, most of the white, upper-class students described themselves as cosmopolitans who are comfortable in any situation. “I feel like you’re exposed to a lot more in the city,” said one. “The suburbs are very sheltered. Almost everyone’s the same, which is very unfortunate.” 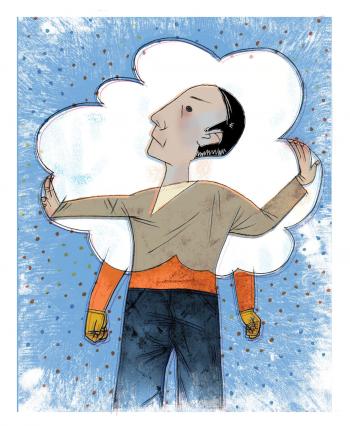 Rather than bursting bubbles, then, Johnson’s approach was to trouble her students’ sense of ease. “You can’t just target the oppressed,” she explains when asked why she chose to teach at this school. “I mean, I don’t think my kids are the oppressors, but they belong to the oppressor class, more or less. … The cages need to be rattled, and that’s what I’m doing. I have this motto: ‘Disturb the comfortable and comfort the disturbed.’”

This meant that Johnson focused much of her students’ attention on sources documenting historic and contemporary injustices. Students wrote essays, debated and participated in role-playing in order to examine their thinking. Throughout the semester, Johnson assigned readings and written work that demanded reflection from many perspectives.

These lessons were often connected to required social-action projects overseen by a team of teachers. Students divided into groups to address social issues such as the drug war, LGBT rights or religious intolerance. They conducted research to learn more about their topics, then met with local leaders and participated in political activities, such as lobbying the state legislature or soliciting signatures for petitions. Homework assignments included reading manifestos on social action and conducting interviews with community activists.

Most of Johnson’s students showed great depth and breadth of knowledge about contemporary social issues. It was not unusual for them to think about and question their own positions on inequality, including a fascinating discussion on the lack of diversity at their own school.

'Disturbing the Comfortable' can be a valuable framework for working with privileged students who typically have been taught to feel at ease—learning about inequalities can be unsettling.

However, some students focused less on their insights about inequality and more on how the course benefited them personally. When asked what he would take away from the semester, one student said, “Ms. Johnson’s class has taught me how powerful it is to speak without a script and how easy it can be when you just have the confidence to do it. It’s opened up a lot of opportunities to use that skill other places.” Another student said that the academy was the “right kind of segregated upper-class school” because “we know what the lower class is missing out on and what we could help them gain if we, like, worked with them or something.”

“Disturbing the comfortable” can be a valuable framework for working with privileged students who typically have been taught to feel at ease—learning about inequalities can be unsettling. However, teachers should guard against over-emphasizing the need for merely intellectual opinions when they are not backed up by emotional responses. Also, teachers should avoid cultivating a sense of righteous exceptionalism that makes students feel even more comfortable.

These case studies show how race and class operate in different contexts. Students from a public school in a middle-class, majority-white suburb demonstrate significantly different thinking about themselves than do kids in a big city attending an expensive private school that serves a mostly upper-class white population. These differences affect how teachers should frame their approaches to multicultural education. Students who see themselves living in a bubble may need to have that bubble burst; students who are confident cosmopolitans may need to have their comfort disturbed.

This is not easy work. In both cases, the teachers’ good intentions did not always work out as planned. Even so, these approaches can be effective. It takes teachers and students willing to investigate more deeply the ways in which their communities are diverse and to question why homogeneity exists. Ultimately, teaching about diversity in places where there seems to be little of it can help students ask why the world is the way it is and, more important, how it can be better.

To burst the bubble and disturb the comfortable successfully, keep these do’s (and examples) in mind: