This 1972 law was never just about sports—it radically changed everything about education for girls and women.
Carrie Kilman
Issue 42, Fall 2012
Bookmarked 7 times
Illustration by Celyn Brazier
Add to a Learning Plan
X
Add to an Existing Learning Plan
START A NEW LEARNING PLAN
All articles from this issue
Print

Beyond the Playing Field

When Kristen Galles was a 7th grader in Cedar Rapids, Iowa, she wanted to enroll in shop class. But there was a problem. At Harding Junior High School, only boys could do that. It’s just how things were in 1976. 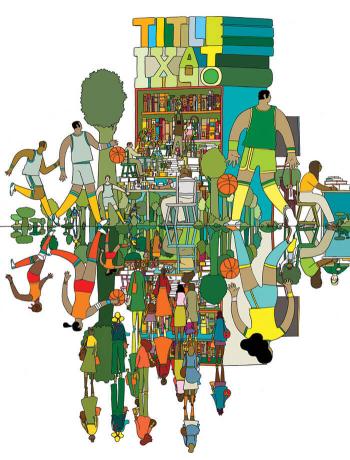 “When I was growing up, I didn’t know a woman who was a lawyer or a doctor,” Galles says now. Seeing females in those roles “… helps you see your own future and what you can become.”

Galles recalls an era that might sound absurd to 7th graders today. It was a time when girls were discouraged from taking math and science classes, when quotas limited female college enrollment, when pregnant students weren’t allowed to stay in school, when athletic opportunities for girls were almost nonexistent.

All that’s changed thanks to Title IX, the federal statute that mandates gender equity in schools receiving federal funds. In the early 1990s, Galles became the first person to file—and successfully settle—a Title IX challenge against a high school. Today, Galles is one of the most outspoken Title IX legal advocates in the nation.

This year, Title IX turned 40. Galles recently joined more than 300 legal scholars, educators and historians in Ann Arbor, Mich., to honor the law’s milestones and to reflect on the challenges that lay ahead. As they look to the future, these experts paint a cautiously optimistic picture.

“Title IX has fundamentally changed the country,” Galles says. “So much has changed that our progress just can’t be stopped. But at the same time, there is a lot of work to do.”

The year 1972 was marked by turbulence—the Vietnam War, the Watergate scandal, hotly debated issues like the death penalty and mandatory school busing. And yet, in a show of bipartisan support, Congress passed Title IX of the Education Amendments of 1972. Its first, essential phrase reads:

“No person in the United States shall, on the basis of sex, be excluded from participation in, be denied the benefits of, or be subjected to discrimination under any education program or activity receiving federal financial assistance.”

Title IX’s most visible effects—and most vocal opponents—have been in school athletics. In fact, although athletics aren’t mentioned in the original statute, “Title IX” and “sports equity” have become all but synonymous.

Most people, however, are surprised to learn the law does so much more.

“Title IX is working every bit as hard in the classroom as it is on the athletic field,” says Nancy Hogshead-Makar, law professor at Florida Coastal School of Law and 1984 Olympic gold-medalist. “The original goal was access to education for girls and women as broadly as you can imagine—as broadly as education goes.”

Among other things, Title IX requires safe and accessible learning environments for both sexes, guarantees pregnant and parenting students equal educational opportunities, and requires that course offerings and career counseling not be limited by gender.

Today, thanks to Title IX, more female students are not only playing sports, they’re also enrolling in math and science classes in record numbers, going to college and entering nontraditional careers. According to the National Center for Education Statistics, between 1999 and 2009, female college enrollment rose 40 percent; graduate enrollment rose 63 percent. Today, more than half of all medical and law students are women.

In recent years, the law itself has expanded. In two separate cases in the late 1990s, the Supreme Court ruled that teacher-on-student and student-on-student sexual harassment violated Title IX. “Prior to that, many courts were dismissing these cases,” says Neena Chaudhry, senior counsel for the National Women’s Law Center.

“So many myths arose in the ’70s about what would happen to boys and men as a result of Title IX—but those things never panned out,” Staurowsky says. “In reality, we’ve seen a dramatic shift in the way we envision opportunity for girls and women, and the destruction of men has not happened as a result.”

Most people know that Title IX prevents discrimination toward girls and women in athletic programs that receive federal funds. But it also ensures gender equity in the following areas:

Access to Higher Education— Before Title IX, many colleges and universities refused to admit women. Those schools now must provide equal consideration to both sexes in admissions and financial aid.

Career and Technical Education—Title IX states that schools must treat male and female students equally in offering career and vocational education classes. Career and guidance counselors cannot discourage either sex from pursuing a career based on outdated ideas about what might be suitable.

Pregnancy and Parenting—Under the law, pregnant students cannot be barred from classes or school-sponsored activities. Although schools can set up separate programs designed specifically for pregnant and parenting students, they must be voluntary and offer opportunities equal to those in the regular school program.

Employment—Teachers and administrators at the primary, secondary and college levels are protected against sex discrimination in hiring, promotion and salary considerations.

Learning Environment—The law mandates that, in most cases, the learning environment be accessible and supportive to both sexes. Single-sex programs must follow specific guidelines that do not provide unequal educational opportunities or perpetuate stereotypes about the interests or abilities of either sex.

Math and Science—According to the law, girls and women must be allowed and encouraged to take upper-level math and science courses that can lead to high-skilled, higher-paying careers.

Sexual Harassment—Students are protected against sexual harassment by teachers, staff members and their fellow students through a set of grievance procedures.

Standardized Testing—Scores on standardized tests often are affected by the types of questions that are asked. Title IX requires that tests be designed and used in a way that is free of gender bias.

Technology—The law requires equal access to computers and other technology for both genders.

In addition, each school is required to have a trained Title IX Coordinator to enforce all aspects of the law.

Title IX, which is enforced by the Department of Education’s Office for Civil Rights (OCR), has faced a perpetual backlash—mostly from men’s athletic teams that have been reduced in scope by schools that claim they are trying to comply with the law. The arguments used against Title IX today echo those from 40 years ago: it sets up quotas, it harms men, it’s reverse discrimination.

“There is this idea that Title IX was passed 40 years ago and—ta-da! Here we are!” says Hogshead-Makar, who in 2007 co-authored Equal Play: Title IX and Social Change. In truth, she says, it has been a slog to reach today’s improved atmosphere, and the efforts to weaken the law—or blame it for unpopular moves—have never stopped. 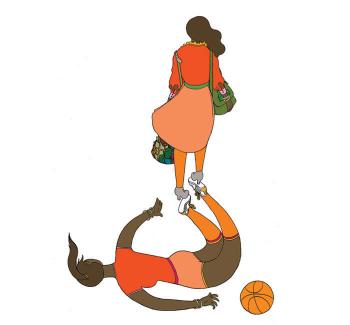 For example, in 2011, the University of Delaware men’s track team filed a discrimination complaint with the OCR after the school, claiming Title IX compliance, reduced the track program to club status. Critics have accused the university of simply cutting minor sports like men’s track in the name of Title IX to focus on more popular sports, such as football and basketball.

And in 2006, Title IX regulations were relaxed to allow greater latitude for single-sex educational institutions. According to Susan Klein, education equity director for the Feminist Majority Foundation, the move was a “step backward” that merely serves to “reinforce stereotypes of what boys and girls supposedly are used to.”

The threat of court challenges and legislative setbacks isn’t likely to go away any time soon. But the biggest challenge facing Title IX’s future is something far more fundamental: the lack of proper oversight and enforcement necessary to make sure schools follow the rules.

The law requires every school in the country to name a Title IX coordinator. Yet the job is frequently given to staff members who lack either the training or the authority to adequately enforce the regulations.

Students can face huge hurdles when proving Title IX complaints. For example, a child who is sexually harassed by a teacher must meet a higher standard of proof than an adult making a similar claim against an employer.

When complaints are filed, advocates worry OCR investigators too often complete “desk audits” and don’t visit schools in person before determining compliance. Schools can lose federal funding for violating Title IX but, in reality, that has never happened.

And there is little financial incentive to comply with the law. Monetary damages are not awarded in successful Title IX challenges, so it can be cost-effective for schools not to comply.

In 2052, when Title IX turns 80, Galles thinks the headlines might read, “Have We Made It? Are We Finally At Equity?”

Today, she says, “we’re somewhere in between.”

During the next 40 years, Title IX’s two greatest allies may turn out to be educators who care and an engaged electorate.

Teachers are well-positioned to ensure their schools uphold the promise of Title IX—not only are they better equipped than students to compare school procedures against the law’s requirements, but the law also protects teachers from retaliation if they speak up.

It’s important that the public recognizes those rights, too. “It’s just a statute,” reminds Hogshead-Makar. “We get one crazy Congress in there, and it’s gone. Unless the public understands what Title IX has done for us, it could be over.”

Hogshead-Makar likes to think that in 40 years the challenges to Title IX may seem as quaint as a boys-only shop class.

“It would be great if, as a society, it was taken as a given that of course we would treat boys and girls, men and women, equitably,” she says. “And that the law would be somewhat irrelevant.”

Title IX of the Education Act of 1972 prohibits discrimination in education on the basis of pregnant or parenting status. Does your school operate in compliance with Title IX? Take this test and find out.

Does your school or school system, its principals, teachers or staff…

If you answered "yes" to any of these questions, look again. Every item violates Title IX.

Adapted from Books, Babies and School-Age Parents: How to Teach Pregnant and Parenting Teens to Succeed