This Is Not a Drill

Educators across the country are taking action when ICE raids happen in their communities. Here’s how you can stand with undocumented students and families—whether or not you live in a vulnerable community.
Julia Delacroix
Coshandra Dillard
Issue 60, Fall 2018
Bookmarked 12 times
Illustration by Mary Kate McDevitt
Add to a Learning Plan
X
Add to an Existing Learning Plan
START A NEW LEARNING PLAN
All articles from this issue
Print

When they walked into school on the morning of April 5, no one who worked at Russellville Elementary planned to be there past midnight. But after Immigrations and Customs Enforcement (ICE) officers raided a nearby meat-packing plant in Bean Station, Tennessee, detaining 97 of the town’s 30,000 residents, the educators of the county sprang into action.

The superintendent opened the school so families could wait for information about loved ones held nearby. Bus drivers ensured kids had someone waiting at home when they dropped off students. More than 120 teachers, staff and administrators responded to a call from the Tennessee Immigrant and Refugee Rights Coalition. They moved through the crowd, feeding children and comforting them until word came down: The people who would be released already had been. Some families would have to go home without their loved ones. In the following days, more than 500 students reportedly missed school, a stark reminder of how the effects of a raid can ripple through a community.

ICE announced last year that they planned to quadruple workplace raids in 2018, and it seems that they’re following through. The raid in Bean Station was the largest in a decade, but two months later ICE arrested 114 workers in Ohio. We don’t know how many students, grieving or frightened, missed school during that time.

Here’s what we do know: 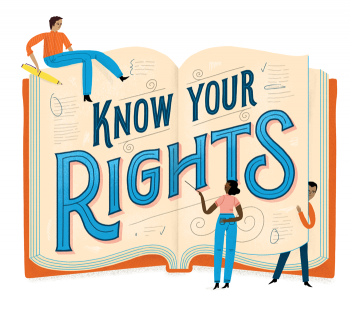 Educators are uniquely positioned to offer support to immigrant students and families—support that’s needed now more than ever in communities across the country. We talked to Dr. Julie Sugarman, a senior policy analyst at the Migration Policy Institute’s National Center on Immigrant Integration Policy, who reinforces the significance of this work. “School is really such a central part of the community,” Sugarman explains. “If kids or families don’t feel like they’re welcomed, that can really affect the future of that child.”

Here are five steps every educator in the United States can take—along with extra recommendations for teachers serving communities with many undocumented families—to support some of our most vulnerable students.

Enroll in National Institutions Coming Out Day of Action.

Every April, United We Dream’s National Institutions Coming Out Day of Action (NICOD) serves as the culmination of a longer project supporting undocumented students. When schools pledge their participation, they commit to taking at least one concrete step toward educating allies, building better support systems for undocumented students or advocating for systemic policy change. The NICOD toolkit provides practical recommendations for action—for example, devoting a section of the school website to resources for undocumented students.

Consider holding a teach-in featuring local immigration experts or using resources from the National Education Association (NEA). Distribute “know your rights” cards—in English and home languages—that walk families through the steps they should take during a raid. (The American Civil Liberties Union and the Immigrant Legal Resource Center have ready-to-print documents you can share.) Invite an immigration resource organization to lead school personnel in a workshop outlining protocols protecting undocumented students.

Let undocumented students know you stand with them. 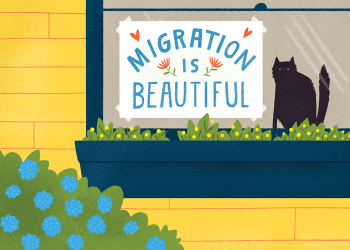 Be vocal about your support of undocumented teachers, students and their families. This makes it clear to those with undocumented or mixed-status families that you are a safe person to talk to. Going public also models the value of upstanding to students for whom immigration status isn’t a daily concern. Display signs with messages like “Migration Is Beautiful” and “No Human Being Is Illegal.” Show your support on social media with the #UnafraidEducator hashtag.

In class, model allyship. Don’t ignore current events or rhetoric about immigration, but be prepared to immediately address dehumanizing attitudes or language. Ensure that no one’s humanity is ever up for debate in your classroom.

Advocate for specific students and their families.

If your students or their families are detained, you can support them publically by testifying at hearings, offering interviews to local media or writing letters of support. In Bean Station, for example, teachers wrote to federal officials, asking them to reconsider the deportation of students’ family members. (See the accompanying toolkit for sample letters.)

Offer financial support if you can. 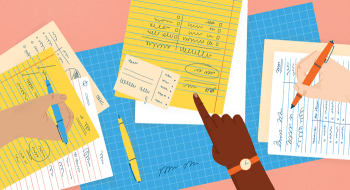 Designate a multilingual point person to recruit and notify volunteers. Check with students and families to ensure they have plans for guardianship and child care in the event of a raid. Work with local immigration advocacy organizations and pro bono immigration lawyers so you know who you can call in an emergency. (Immigrationlawhelp.org can help you find local lawyers.) Include religious and community leaders, social workers and mental health workers. Assess your team with a Community Raid Preparedness Checklist from the National Immigration Law Center.

Mobilize your privilege to speak up for undocumented people.

Advocate for undocumented people at faculty, PTA, neighborhood association, school board and city council meetings. Write editorials or letters to your local newspaper, neighborhood association or church bulletin. If you’re a citizen who’s anxious about speaking out, consider what’s stopping you—and how those fears compare to the consequences an undocumented person might face.

One of the most powerful ways to use your voice is to contact your elected officials when it’s time to ask them to support or fight legislation affecting undocumented students and their families.

Make a plan in case ICE shows up at your school.

Like hospitals and places of worship, schools are “sensitive locations”—ICE generally doesn’t detain people in these spaces. This policy could be changed, however, and there have been reports of ICE enforcement actions in the immediate vicinity of sensitive locations. Now is the time to develop a procedure to follow if ICE does come. If you need a model, the NEA’s online sample Safe Zone Resolution includes one on its last page. After writing the plan and securing approval from your administration, make sure all staff members—particularly those in the front office—know how to respond if ICE officers want to see a student’s records or detain a student.

Join your voice with others.

Show up for undocumented students and their families at protests or rallies. Start, circulate and sign petitions protesting deportations. Fundraise for organizations supporting undocumented families. By doing so, you create a community of support—one that is ready to respond should a crisis arise.

Lobby your school board to create a Safe Zone resolution to ensure all schools in your district have policies in place in the event of an ICE raid. The National Immigration Law Center offers helpful resources including key legal memos, talking points, FAQs and model resolutions. Again, the NEA has a sample Safe Zone Resolution you can adapt for your district.

Delacroix is the associate editor and Dillard is the staff writer for Teaching Tolerance.

Use the resources and suggestions in this toolkit to assist students and family members who may be at risk of ICE detainment or already in an immigrant detention center.

Login to join the conversation
This is the most ridiculous, cultural Marxist garbage I've seen in a long time. The entire premise of "white privilege" is based upon one professors anecdotal evidence of how she perceived her "whiteness" to allow her privileges not afforded to blacks, hispanics, etc. There was no scientific research done, no evidence, beyond her anecdotes to support a single word of her premise. Now the far left has taken this concept and run with it. I absolutely reject this Marxist propoganda and urge others to do so as well.
Why is it that this organization advocates for educators to circumvent the federal immigration laws? This seems like Teaching Tolerance presents the issue as though educators are of a single mind around illegal immigrants and our schools. Many of us simply do not abide by breaking federal laws, nor do we believe in the call for civil disobedience that is being advocated for here.
Dear BabylonBee: Educators aren't charged with enforcing the laws, so they can hardly be in a position to "circumvent" them. In fact, schools' legal obligation is to educate all students, regardless of immigration status (Plyer v. Doe), and educators' ethical obligation is to support the well-being of the children they teach. For the teachers who feel a moral, ethical or emotional need to provide support to the people who live in their community -- and many of those teachers have reached out to us -- we provide these resources. This is about supporting families educators already serve.
Bookmark This PageSave