How School Taught Me I Was Poor

Third grade was a bad year. Third grade was the year I learned in school that I was poor.
Jeff Sapp
Issue 35, Spring 2009
Illustration by Ellen Weinstein
Teach This in a Learning Plan
X
Add to an Existing Learning Plan
START A NEW LEARNING PLAN
Bookmark How School Taught Me I Was Poor
Print 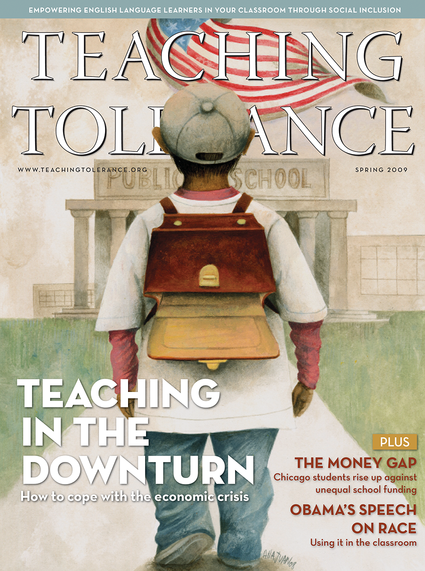 "You're poor, white trash," Danny hissed as he sashayed by me on the dusty, pebble-filled playground at first recess. I started to cry, and I remember that Phillip laughed and said, "He's crying like someone just threw dirt in his eyes." And that's exactly what it felt like, being told you're poor without being ready for it. I had no idea — absolutely no inkling whatsoever — that I'd spent the last eight years in poverty.

I grew up in West Virginia, where the entire state looks like a national park. And I grew up playing barefoot in rich, old growth Appalachian forests. A feral child. Maybe growing up around such beauty, you believe you are rich. Danny's pejorative term, though, would be only the first inkling of what was to come. But I'll never forget that Danny started it in third grade. Third grade was a bad year. Third grade was the year I learned in school that I was poor. 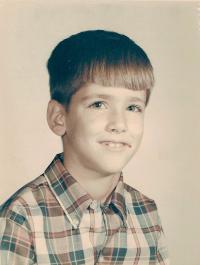 I remember in elementary school when Ricky walked passed me in the hallway and hissed, "My mom says you're divorced and you don't have a father and that you're poor, white trash." I didn't know what "the vorce" was, but it sounded bad to me.

Because of Ricky, I felt self-conscious about doing the family tree assignment. Everyone else's tree had beautiful, perfectly symmetrical limbs on it, a father limb and a mother limb. My fatherless tree only had a mother limb on one side and it looked like those pine trees on top of Pikes Peak, where the wind had whipped all the limbs onto one side. My tree wasn't whole.

It wasn't until I got to seventh grade and had to take shop class that I realized how important it was to have the prerequisite of a father. What did I know of hammers and tools and woodworking? I grew timid and unsure of myself in shop class. I made the smallest project you could choose, a little kitchen matchbook holder. No sturdy shelves or benches for me. I still have it to this very day, wrapped in my first-grade elf costume and tucked away in a box full of memories of school and being poor.

It seemed fun at first. We were all given the same materials to make our Valentine's bags. White bags, pink and red hearts, ribbons and streamers and, of course, the elementary staple, glitter. After the giant globs of Elmer's Glue dried, all of the bags looked pretty similar. I felt good about this holiday.

Mom bought me a pack of Valentines and I carefully read each one to be sure that it went exactly to the right person. But the next day at school the joy became pain when I saw the beautiful cards and candies that some of the other classmates brought. It made me feel like Charlie Brown. Somehow everyone else knows you're poor. How is that? You feel so different, alone, ashamed and at a total loss of what to do about this "lack of."

Christmas was no better. I knew that our teacher would open her gifts in front of everyone. How could my hand drawn picture of a snowman hold up against Crystal's store-bought sweater or the fancy bottle of perfume from Lois? Sometimes I would be "sick" on the day we had to bring our favorite holiday gift to school for show-and-tell. Besides the fact that I'd already eaten most of my little book of Lifesavers, I knew that the other boys would have robots that moved or racecar tracks. I couldn't compete. I may as well have stood up and said, "We're poor and a nice man from church brings us candy."

At Halloween I wore overalls and a red plaid shirt with hay coming out of my shirt. A lifeless scarecrow of a child, I was no match for the beautiful costumes purchased at local stores.

Over and over and over again, holidays seemed an endless curriculum review of how I couldn't afford what the other children brought to school. My worst school holiday memory by far, though, was Easter.

"We're going to have an Easter egg decorating contest," declared my teacher. "They'll be prizes awarded for the best decorated egg." Only a third grader would think this the equivalent of The Nobel Peace Prize. I begged my mother for the 99-cent Easter egg coloring materials. I pulled a stool up to the stove and watched patiently as my egg boiled. You've got to be hard-boiled to win The Nobel Peace Prize.

I carefully studied my color options. It seemed to me that red, white and blue were my best choices. Like the flag, patriotic. I mixed the colors myself and then I measured and penciled two lines that split my egg into thirds. I held the first third of the egg in the red dye with the little copper wire holder myself for what seemed like hours. Next, I held it until it dried. Then I turned the egg upside down and held a third of it in blue dye. This took an entire evening.

My egg was spectacular and I was thrilled to carry it proudly into school the next day. And that's when I saw the other eggs. Danny's egg was dressed exactly like Abraham Lincoln. It had a top hat and a black jacket with a white shirt and stiff paper collar. Its face was painted like a china doll and it had real hair that had been liberated from a curly-haired sister for a beard and mustache. It had its own little stand. It looked presidential.

I could feel my panic rising. Maybe I had misunderstood the assignment. Even my third-grade mind could tell that parents had helped this Lincoln get elected. I felt immense shame about my red, white and blue egg. And then I noticed my classmates' response to my sad homemade flag. It was pity, pure and simple. It's the first time I remember feeling shame. After school that day, I threw my red, white and blue egg into a field on the way home and busted it. 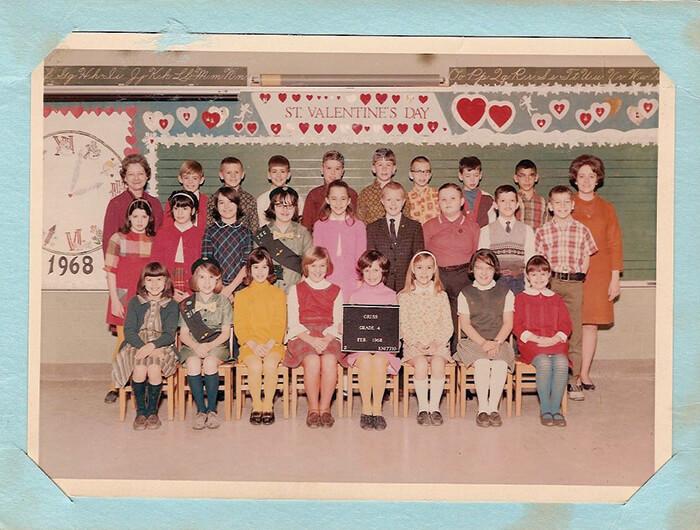 The older you get, the worse it is. In high school the Pences drove a beautiful little yellow Volkswagen to school. They passed me as I walked to school. Both ways. Going and coming. The teenage years are about the right clothes and fitting in and I had hand-me-downs and felt awkward.

I remember wearing my older brother David's suit for my senior pictures. It hung on me like a droopy Halloween king-sized ghost sheet. It was obvious that it was a borrowed suit of clothing. The shirt collar hung around my neck like a necklace. I felt like a seven-year-old, playing dress-up in the attic with a box of clothes that had been my Dad's.

Even in the classroom, I couldn't get away from the sting of high-school poverty. In History when we learned about the Great Depression and the Dust Bowl, a rich student named David started calling me "Dust Bowl" as a nickname. High school algebra taught me that some people are "greater than" and others are "less than."

I didn't have the cultural capital to know where to take a date for dinner before the senior prom. The only restaurant I'd ever been to was McDonald's. In my small town, The Point of View was the fancy restaurant to go to for senior prom. Up on a hill, it overlooked the Ohio River and historical Blennerhasett Island and mansion. It was supposed to be beautiful. That's what I'd heard, anyway. I took my date, Michelle, to Shoney's, mistakenly thinking it was a high-end restaurant. What did I know of high-end restaurants? At Shoney's you had to sit down and a waiter came to your table and served you. I was so nervous that the $5.99 fried shrimp plate was wasted on me.

More is Caught Than Taught

Imagine my surprise one day to be standing in front of a classroom of students as their teacher, returning to the scene of the crime. Over and over and over again in school I had been cued both verbally and non-verbally that I was poor. I wasn't good enough, I didn't have enough and what I had was the wrong thing. School projects, holidays, extracurricular activities and field trips would send a surge of panic through our house because they were yet another expense.

There are other curricula besides the one being verbalized. There are the ones in the hallways with snide remarks from peers, on the playground with put-downs learned from parents and in the celebration of holidays at school that can completely panic a happy family. More is caught than is taught.

Jeff Sapp's story reminds us that all children do not experience school in the same way. Their social class (in the case described in this article), as well as their race, gender, family make-up and other social differences influence how they perceive school and may leave a negative and indelible mark on their memories of school, not to mention their engagement with learning. The following questions ask you to consider how, working both individually and collaboratively with others, you can mitigate these differences.